During her time Karen Carpenter did not duet with many other singers,  though thanks to the Carpenters' television specials and her solo album we were treated to a few great duets with a variety of singing partners... 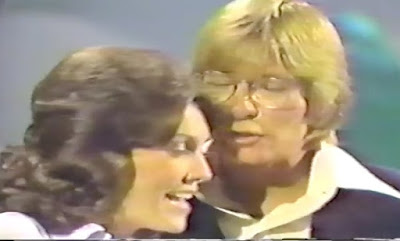 The Carpenters Very First Television Special aired on ABC television on December 8, 1976. John Denver was one of the guest stars (Victor Borge the other).

In this television special Karen duetted with John twice. One of the duets was a short reprise in which Karen and John are shown ballroom dancing and they are singing a tune "Got To Cut Away To A Commercial" then they cut away to a commercial. This is a fun comical piece.


The other duet was a great medley featuring the songs "Coming Through The Rye" and "Good Vibrations." "Coming Through The Rye" is a poem written in 1782 by Robert Burns. The words were later put to the melody of a Scottish Minstrel, "Common' Frae The Town." "Good Vibrations" is the classic Beach Boys song which reached #1 in 1966 and was written by Brian Wilson and Mike Love. (As a side note in the same year Karen Carpenter sang the line "Brian Wilson songs are never left behind" in the song "Boat To Sail" featured on Carpenters' 1976 album "A Kind Of Hush).


"Coming Through The Rye/Good Vibrations" 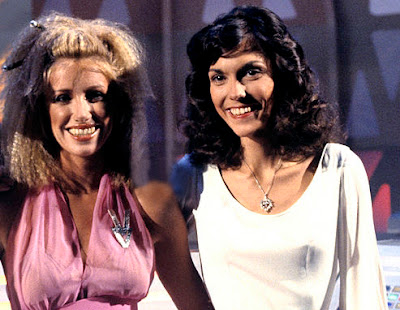 Suzanne Somers appeared on The Carpenters' 1978 television "Space Encounters." In this program Karen and Suzanne team together to perform a flirtatious and somewhat comedic rendition of "Man Smart, Woman Smarter." The song originally appeared on Carpenters' 1977 album "Passage," for this program they omitted the extended instrumental toward the end of the song and add a verse not found in the studio recording. 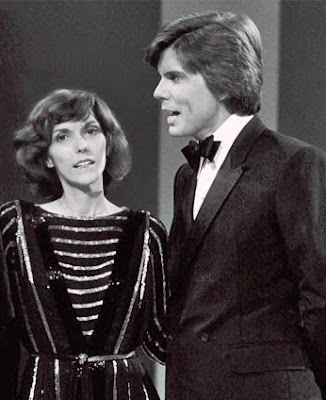 John Davison appeared in two Carpenters television specials; "1978's "Space Encounters" in which he sang a cover of Billy Joel's "Just The Way You Are" and a duet of "The Old Fashioned Way" with Karen. "The Old Fashioned Way" was originally a hit for Charles Aznavour in 1973. The song is the English version of Aznavours 1972 hit "Les Plaisirs Demodes."

In 1980 Davidson appeared in "Music, Music, Music" the Carpenters' fifth and final television special. In this special John performed "You'll Never Know," a song which was written by Hank Warren and Mack Gordon and was first introduced in  the film "Hello Frisco, Hello." Dick Haymes took the song to #1 in 1944 and Shirley Bassey had a UK Top 10 hit with it in 1961. Karen and John duetted on the tune "You're Just In Love" a Irving Berlin song first performed by Ethel Merman and Russell Type in the 1950 musical comedy "Call Me Madam." Perry Como and The Fontane sisters took the song into the Top Five later in the year, while a recording by Ethel Merman and Dick Haymes reached #30 in 1951.

Shortly after Karen Carpenter solo album experience, Peter Cetera whom up to this point was known for being a lead singer for the band Chicago (as well as songwriter and bass player) decided to go solo and release his own albums along with making guest appearances on albums by Paul Anka, Agnetha Faltskog and Cher. But it was with Karen Carpenter that Cetera first dipped his toes into the waters of becoming a solo artist (Yes, a year earlier Cetera provided backing vocals on Billy Joel's "My Life" but his contribution was very small and limited).

during the time of which Karen's album went into production Peter Cetera was in the studio recording, the Phil Ramone produced album, "Chicago 13." Ramone decided to invite Cetera to work on Karen's album and commissioned him to write a song for Karen. Cetera ended up writing a sunny summer tune called "Making Love In The Afternoon" for her, this is the only song he has written completely by himself for another musician to record. Peter not only wrote the song but also composed the musical arrangement. This was very much Peter Cetera's song as it was Karen Carpenters'.

Once it came time to record "Making Love In The Afternoon" it was decided the Peter would sing backing and harmony vocals on the song. This was the first song in which Karen's voice was backed by a well known singer outside the Carpenters circle.

Making Love In The Afternoon 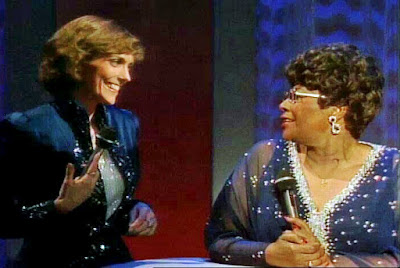 Two legendary singers on one stage. It just does not get music better than this. Karen and Ella sang together in the 1980 television special "Music, Music, Music." The program joins together two of the world's finest interpreters of song. Ella's energetic voice combined with Karen deep and dark tones creates an irresistible pair of voices that are instantly recognizable which in their distinctive styles are well suited to each other.

Karen and Ella sang together on a medley of seven tunes, mostly songs that had been recorded boy Ella. The medley opens with the dark and smoky "This Masquerade," a Leon Russell penned song which Carpenters recorded for their 1973 album "Now & Then." The song begins with Karen's mournful vocals and shortly works into a trade-off with Ella Fitzgerald handily taking the lead. The rest of the selections are songs Ella recorded (some feature Karen's lead others Ella takes the lead and a few have Ella and Karen sharing the lead); "My Funny Valentine" (Richard Rodgers/Lorenz Hart), "I'll Be Seeing You" (Sammy fain/Irving Kahal), "Someone To Watch Over Me" (George and Ira Gershwin), "As Time Goes By" (Herman Hupfeld), "Don't Get Around Much Anymore" (Duke Ellington/Bob Russell), "I Let A Song Go Out Of My Heart" (Duke Ellington/Irving Mills).